A downloadable game for Windows

This game is not suitable for children or those who are easily disturbed.

Welcome to Love's Curse: Til Graduation Do Us Part, a romance visual novel with a creepy twist. It was created on Unity, for Spooktober 3rd Annual Visual Novel Jam.

Play as the Main Character in your last week of high school. Study hard to make it to graduation, all while finding romance, in a story where your choices make a difference.

Start the week on the Monday before graduation (Friday).  Features three Love Interests (Matoi [gender can be chosen], Natsuki or Yuki) and an Afterschool Point-and-Click phase with items that create a branching narrative.  Be careful not to fill your Dread Meter, as everything is not as it seems...  Whose affection will you win over?

Credits: (Find us on itch.io!)

This was a great little visual novel that I enjoyed while playing but after playing I did notice some serious cons about it. It didn't take away much of my ability to enjoy it but it was very noticeable. Some of these will contain spoilers!!

Those are my concerns and observations while playing out the game. It is pretty enjoyable enough that I can kinda brush it off but looking back I can see the points in where I was having trouble progressing (especially that After School part). Nonetheless, a nice little game!

The game seems promising. Unfortunatelly, as the save button didn't seem to work (and there is no fast forward option) I couldn't progress very far. It's a shame because I really wanted to read Yuki and Mako routes. Am I doing it wrong?

EDIT: I've just finished Yuki route (in one go) and enjoyed it. However, I wish I could have been able to save  :(

I was able to play through once (though the save button didn't seem to do anything and the load button just reloaded the scene and set my stats to zero. Fortunately they went back to normal once something happened to raise one). On my second playthrough I tried on two different occasions (using the load-taking-me-back-to-start-of-after-school-portion) to go home after the first day but it just kept the screen the last room I was in and didn't progress.

Of course I really enjoyed it, having played it once and tried to play it a second time! I think I'll just have to give up for now and maybe give it another go after some more bugs are fixed.

thanks for the heads up!! We’ll let you know when these bugs have been addressed, and hopefully you can give it another shot!!

also, thank you again for taking the time to try out our game!!

The most hilarious part was getting the 'just friends' ending with the character responsible for the entire plot my first time through.

That being said, it was great, I loved it! Kinda wish with said characters ending there was an epilogue at least TALKING about that though xD

haha thanks for playing!! Glad you enjoyed the game 🤗🥰

awesome thanks for playing !!

my game freezes up after the rooftop scene with the white haired dude. idk what to do but the game is super interesting thoughhh

we'll be getting some bug fixes in soon!

FINALLY GOT SOME BUG FIXES IN! Feel free to let us know if anything is still not working properly :D

I can't pass the day2, it just stuck at the classroom scene. After protanist said, they will find the prankster or poke around the school.

Is there anything I should do or click anywhere at that scene?

we'll be getting some bug fixes in soon! thanks so much for the feedback!!

FINALLY GOT SOME BUG FIXES IN! Should work now, but feel free to let us know if anything is still not working properly :D

I really love school settings and stat-raising games! I like matoi alot! though i think there were some bugs that made it hard to proceed. I dunno, maybe I did something wrong, I'll try playing it again later!

hopefully we'll be getting some bug fixes in soon! thanks for the feedback :D

FINALLY GOT SOME BUG FIXES IN! Please feel free to let us know if anything is still not working properly :D 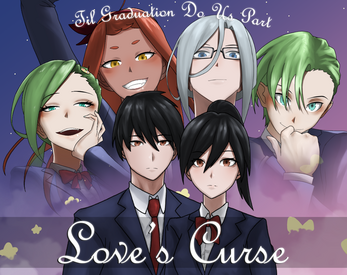